Portraits of Adolescence 2.0: notes on <age> by CollettivO CineticO

by Angela Bozzaotra
“THESE words are like THESE are”: this is one of the sentences the nine teenage performers write with their bodies in one of the many sculptural tableaux that make up CollettivO CineticO’s performance <age>. Photography (mostly fashion photography), dance and visual installation are the fields towards which the performance gravitates – a performance of age and of the thorniest and most complex of ages, adolescence.
The show was presented in 2012 as part of the DNA Programme of the Romaeuropa Festival, where it won the Cage Prize, and was revised in a new edition in 2014. The fruit of a workshop series with a set of young performers, the performance displays a form of choreographic writing that develops into an ongoing performative experiment. The nine teenagers are nine anonymous “examples” of the teenager, they compose and decompose kinetic sculptures with their bodies, they de-subjectivise themselves and melt into a group in which biographical data is treated statistically. The result is an irreverent parody of the icy condition of the subject in a 2.0 society, where the characters are merely the avatars of themselves, “likes” on a page, faces in an anonymous mosaic of miniatures. 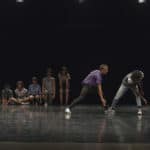 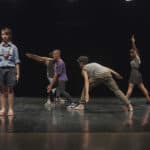 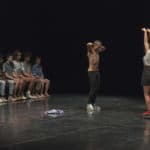 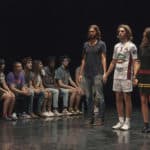 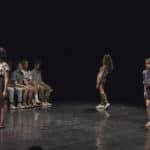 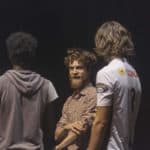 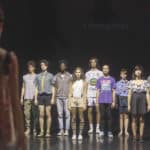 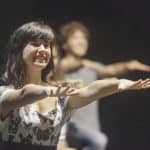 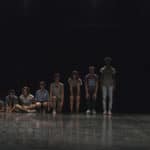 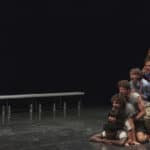 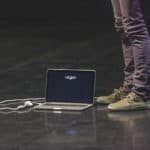 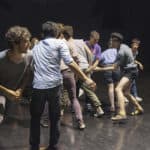 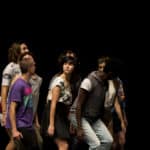 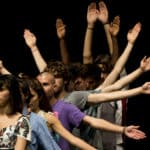 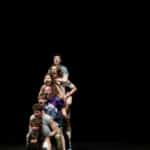 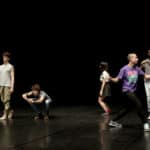 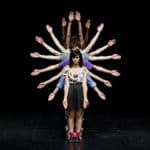 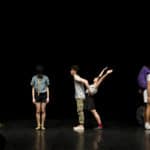 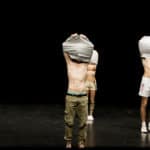 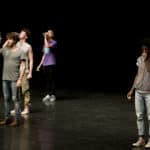 ＜age＞ staged 10 teenagers as "kamikaze" performers in a spectacular structure regulated by the uncertainty principle. The relationship with the normative aspect and the typical biological profile of the 18 year threshold creates a dangerous territory in which the boys expose themselves generating a diversified and real human inventory