by Mauro Petruzziello
Bestiale improvviso_sovrapposizioni di stato is the most complex play staged by Santasangre. It came to light after a two-year gestation, through experiments (Sincronie di errori non prevedibili and Framerate 0) and hypotheses. The casts: in Prima ipotesi Cristina Rizzo and Roberta Zanardo; in Seconda ipotesi Teodora Castellucci and Roberta Zanardo; and in Terza ipotesi Cristina Rizzo, Teodora Castelluci and Roberta Zanardo. Bestiale improvviso boasted the presence of all three performers on stage. Roberta Zanardo was a core member of Santasangre, Teodora Castellucci was a founding member of the Dewey Dell company and Cristina Rizzo was one of the leading exponents of the new Italian dance. The play’s subtitle, Sovrapposizioni di stato, referred to the long labor of scientific probing used in composing the work, recalling quantum physics, according to which the state of a system is not unique and determinate, but is simultaneously the superposition of all possible states for that system. The field of inquiry consisted of transforming matter, and in particular nuclear energy, fission and fusion reactions: the spontaneous fusion of stellar energy and the reckless kind produced by man which generated the hydrogen bomb. In contemplating such energy one feels a mixture of wonder and anxiety, the same feeling that theater tries to instill. The array of languages – body, light, video, sound – combined seamlessly in Santasangre’s style. The spectators who entered the hall where Bestiale improvviso was staged found it full of a kind of smoke/fog that could be the sign of water, the constituent element of ice in Framerate 0, here transmigrated into another state. Yet the smoke/fog did not obstruct sight; if anything, it allowed the spectators to look forward into a new, dreamlike and nuanced dimension. Behind an opaque tripartite panel that, like a fourth wall, closed the stage, indistinguishable masses moved. Then this barrier was lifted to reveal gleams, glimmers and flashes of light. 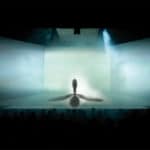 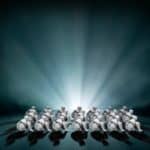 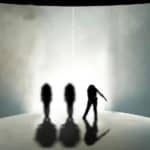 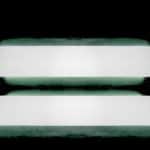 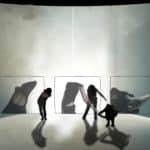 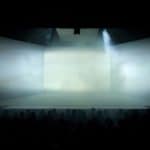 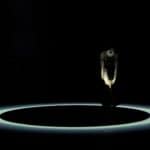 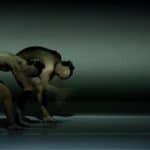 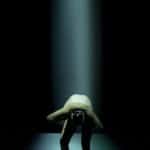 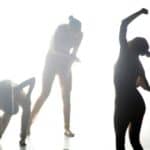 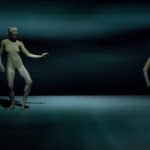