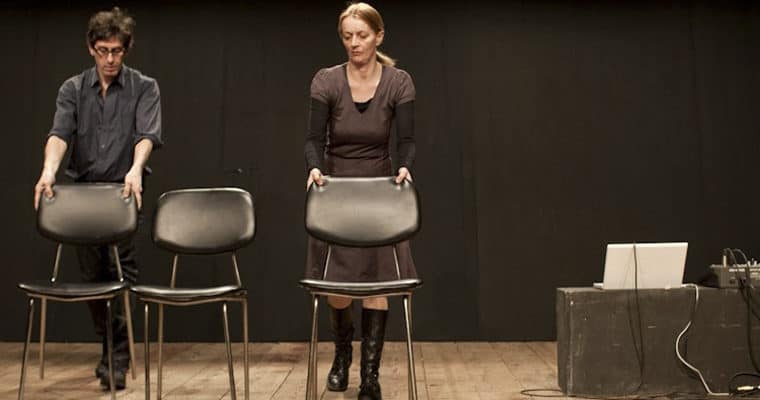 Deflorian/Tagliarini. Rewind. 2008. Photo byi Amedeo Novelli.
The focus has been published in the section attachments of the No.2 of Sciami|ricerche.

by  Lorenzo Guerrieri
The empty stage is evenly lit. Off to one side, a simple control room: a white panel with a mixer and a laptop whose screen is turned away from the spectators.
Antonio Tagliarini enters with a chair. He tells the spectators that he bought it on ebay for 5000 euro as one of the stage props from Pina Bausch’s Café Müller. Shortly after Daria Deflorian enters with a chair identical to Antonio’s, whose authenticity begins to be suspect. Antonio suggests that maybe it’s the chair Pina Bausch sat on while she directed the show … more likely it’s just a random theater chair. Daria confesses she loves the beginnings of things. The two try to recall the beginning of 2001, A Space Odyssey.
Then Antonio begins describing the first scene of the historic 1978 show. Daria goes to the control desk and the two say they are turning on the video of Café Müller on the laptop, still unseen by the spectators. At the show’s musical prelude Antonio moves the two chairs around the stage, here and there, as if to cite in a schematized, minimal manner the start of the legendary Café Müller. After the music, Antonio too goes to sit at the control desk, and the two actors begin to look at the screen and talk, half to each other and half to the spectators, passing the mike back and forth, describing, alternatively, the scenes from Café Müller and some personal thoughts and reminiscences that those images stir up in them. 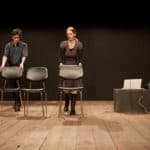 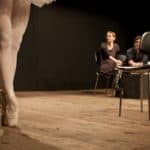 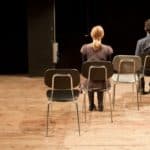 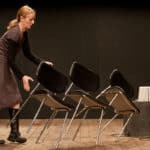 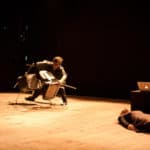 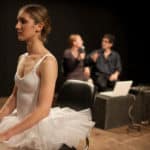 Marco Palladini, Il senso della fine ovvero “This is the end, My only friend”, «Retididedalus.it/teatrica», January 2009 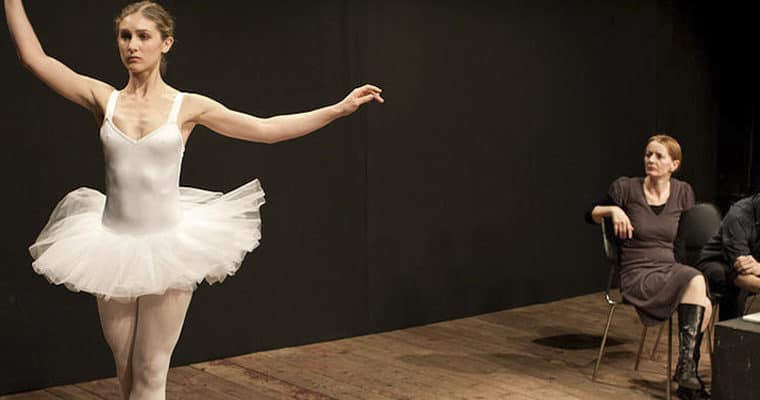 Deflorian/Tagliarini. Biographical note edited by Lorenzo Guerrieri Daria Deflorian (born in Tesero, 24 November 1959) graduated at DAMS-spettacolo with a dissertation on the Theatre of Images in Italy, and got a diploma at Scuola di Teatro di Bologna directed by … END_OF_DOCUMENT_TOKEN_TO_BE_REPLACED 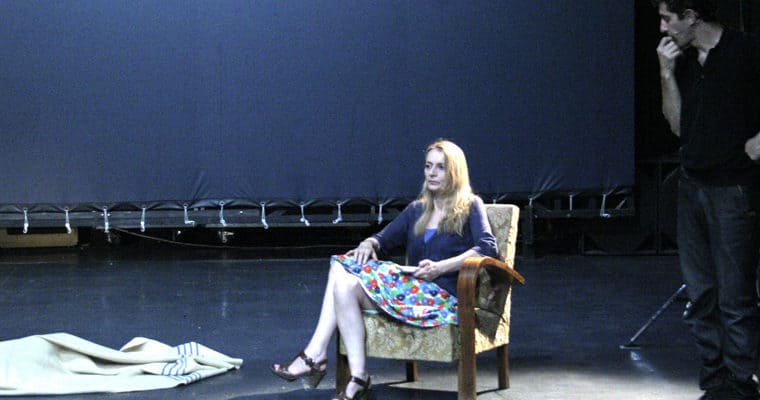 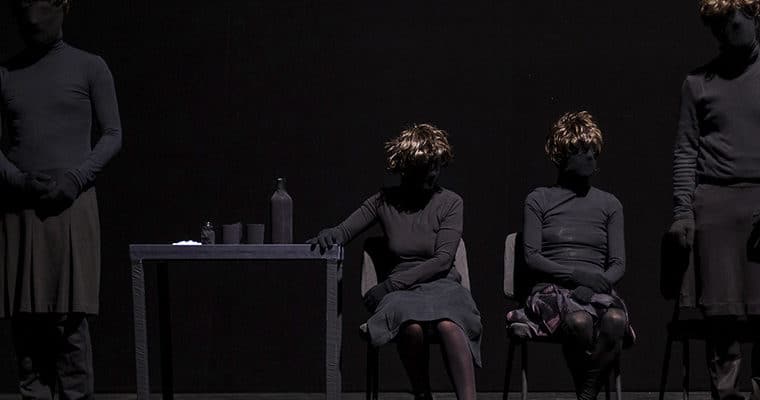