by Mauro Petruzziello
Rome, Via Sabotino, in the Prati neighbourhood. 26th September 1979. It’s a proper gig: the stage is enclosed by metal sheets, and on it are Marion D’Amburgo, Alga Fox, Sandro Lombardi, Luisa Aviori, Pierluigi Tazzi, Federico Tiezzi and Luca Vespa, taking turns on a Moog, an organ, a gong, a bass, drums, synthesizers and finally tapes, on which voices are recorded. The “band members” change instrument often, as if guided purely by the pleasure of producing a certain sound at a certain moment; the end of that pleasure should have determined the end of the piece and hence its duration, but in fact proceedings were interrupted by the neighbourhood’s residents, who voiced their noise complaint by throwing bucketfuls of water from the tower of the ex-transport deposit where the concert was taking place, forcing the organisers to cut off the electricity. At a certain point, Federico Tiezzi shouts “I want to be a rock ’n’ roll star!”, a cry that signals a move towards the world of pop culture the company went on to undertake in the following years, also through Marion D’Amburgo’s ironic adherence to a diva-like imaginary. 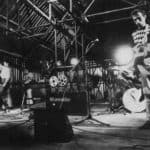 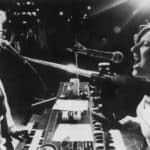 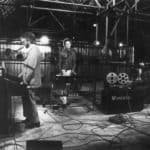 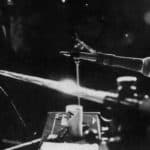