by Renata Savo
The main theme of the play is undoubtedly The Tempest in its literary interpretations from William Shakespeare to Aimé Césaire. The latter gives Shakespeare’s work a post-colonial slant. But the tempest also takes on another meaning, one exhorted and shouted at the top of their lungs by the Living Theater and its soul Judith Malina: the tempest as “revolution.” “This blanket,” says Silvia Calderoni on stage, “comes from the house of Judith Malina, in NY, we were with her when Hurricane Sandy came … She told us we shouldn’t protect ourselves from storms, but unleash them ….”.
Another main theme, the theater, intended as a place of possibility where one is allowed to imagine and build new relationships; first of all, the relationship between Prospero and Ariel, or that between director and actor. But the theme of the theater overlaps interestingly in this play with the theme of power, already present in Shakespeare. Above all, in Aime Cesaire’s modern version it becomes a pretext to talk about issues such as xenophobia and immigration. The play was modified in keeping with the socio-cultural milieu in which it was staged: in New York, Motus “did a version more linked to the historical reality that was sweeping across America’s cities, with protests over the deaths of young African Americans murdered by the police …”
The situation is that of five actors grappling with Shakespeare’s and Césaire’s Tempest by analyzing its characters and in certain points interpreting their roles, like actors “trying” to translate them on stage using available means. In this sense only some of the aspects related to the aforementioned topics are developed. Time, therefore, is crystallized into a “here and now,” unfolding through a set of actions that create a new outlook on the work, one related to the contemporary world. For this reason, the performance text also gives voice to what is off-stage, projected onto a PVC tarp in the background. Here we see Silvia Calderoni walking the streets of Lampedusa, querying immigrants, asking who, for them, is the boss that governs them, and reiterating the question to theater spectators: a question that creates a potential for reflecting on the conventional power relationship that reigns over the stage, among which the actors who may ask spectators to perform certain actions. To give cohesion to the show, it is not the text but the actors who claim its imaginative creative power, as does Ariel, a spirit yearning to be free from his “director” Prospero. 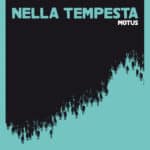 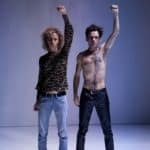 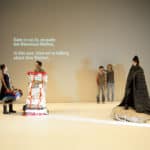 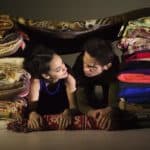 Photo by Tiziana and Valeria Tomasulo 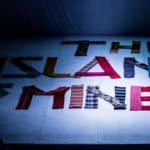 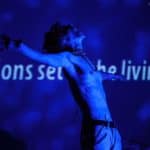 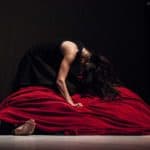 The plot is the revolution

Extraordinary event that inaugurated "Making The Plot", Motus 2011> 2068. By Enrico Casagrande and Daniela Nicolò. With Silvia Calderoni and Judith Malina (Living Theater). A Motus production with the collaboration of Thomas Walker, Cristina Valenti and Brad Burgess.