In Compagnia della Fortezza’s I Negri, as was the case for their Marat-Sade and for La Prigione, the company’s own circumstances are reflected in the original text. Instead of focusing on the text’s antithesis between Blacks and Whites which Genet develops beyond the problem of racism as a problem between the I and the Other, Armando Punzo concentrates on the opposition between prisoners and free individuals; he thus transforms the prostration of the Blacks, who cause the murder of a white woman in front of a court of whites, into the humiliation of the detained who effectively display themselves to an audience of free spectators.
The director has spoken of “asking himself  how Genet might have felt: what his humiliation was, what had led him to write this text and at the same time to distance himself, through the act of writing, from the biographical events which moved him to write. I see it as a meeting point between despair and a ferocious self-irony” (Punzo, 1996). The questions Genet’s text elicits (what does it mean to be Black? What colour are the Blacks? How do you feel as a Black?) are used to reflect on the defenceless, marginal condition experienced by those who live in detention centres, as well as on the obstacles encountered by the Compagnia della Fortezza and on how those obstacles were overcome. “Since our very first readings”, Punzo continues, “we dedicated  I Negri to all those people who have betrayed us somehow. We feel like we should thank them because they reminded us of who we really are, of what our place and our role is. Without these people’s superficiality we would have never been able to perform this work” (Punzo, 1996).

© Photo by Maurizio Buscarino and Stefano Vaja. All rights reserved. 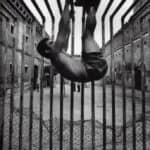 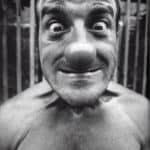 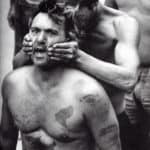 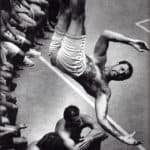 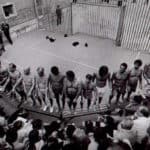 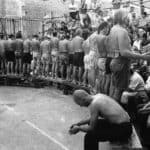 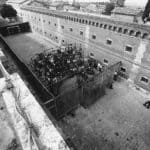 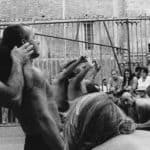 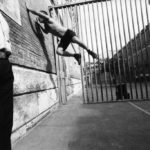