by Carlo Titomanlio
Enzo Moscato was born in Naples in 1948. He grew up in the Spanish Quarters, the beating heart of the essence of the city, but also the emblem and the synecdoche of its most profound contradictions and problems. Moscato himself recognises that it was during his childhood that he developed and interiorised a complex relationship with the Neapolitan soul: “all the Neapolitan culture I still carry around with me I absorbed in those ten years in the Quarters” (Moscato in Nadotti, 1995).
His family successively moved to the more modern area of Fuorigrotta, and Moscato studied philosophy and psychology (graduating in 1974 at the Federico II University in Naples). He then moved to Rome, and all of these events seemingly distanced him from his linguistic, cultural, affective roots. His first work for the theatre, Carcioffolà, premiered in the capital in 1980; and Moscato would have stayed in Rome, had it not been for the tragic circumstance of the earthquake, which shook the city of Naples in 1980. The devastating Irpinia earthquake in November of that year, which also seriously damaged the city of Naples, lead Moscato back to his hometown, which he has never abandoned since. In 1982 he staged Scannasurice, a sort of “infernal descent” into the shattered urban and moral landscape of the post-earthquake city. 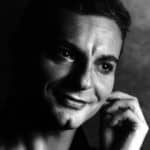 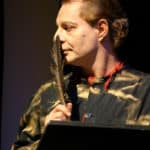 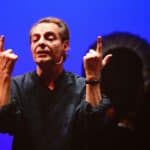 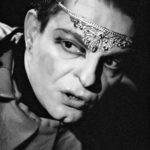