by Daniela Visone
In Prima Porta Zip was put to the test for the first time: a theatrical work in progress, a group effort realized by the author, the director, the actors, the set designer, the musician and the technicians, even during the drafting stage of the text. All’improvviso and Zip saw Giuliano Scabia’s debut as a playwright, despite the fact that he had already done some stage writing in his relationship with exponents of the New Music, in particular Luigi Nono, whom Scabia had met during the play Intolleranza in 1960, for which in 1964 he had written La fabbrica illuminata. In close contact with Carlo Quartucci and his directing style, […] Scabia began to address the problem of the relationship between text and stage, between writing and physical space. His research crystallized in his invention of a new “acentric” stage space which radically changed the relationship between stage and audience, by exploiting a perceptual situation of plural perspective, which enabled spectators to get into close proximity to the theatrical event. By changing the idea of ​​space he also changed the idea of ​​the dramatic text, since space was an integral part of dramatic writing. For this, the writing had to contain, in addition to dialogue, a list of everything that could happen on stage – descriptions of light, tone, gestures, movement. The author thus created a complete text, of which no single element took precedence, since there was no longer a distinction between dialogue and stage directions. The period in which this project was realized can be divided into three phases. We can trace the first phase of preparation in January 1965, when Scabia began to take some of Quartucci’s cues on how to structure a text. The second phase took place in February-March of that year, when Scabia and Quartucci, with the support of the Teatro Stabile of Genoa, proposed Zip to the Biennale Theatre Festival of Venice. “The Venice Festival agreed to do Zip. The Teatro Stabile di Genova also entered the fray, ‘to get the show on the road,’ as Squarzina said.       All told, between the Biennale and the Stabile, we had a play budget of 3,400,000 lire. Sets, costumes, actors’ pay, theater rent for rehearsals, unforeseen circumstances. The actors’ and directors’ pay came to 3000 lire per day. We rehearsed in Rome. The Zip text was delivered to the Biennale and the Stabile with a modifiability clause. It was a text that had to be adapted to the stage, the individual actors, so it could be subject to substantial changes.” The third stage came when Giuliano Scabia met the actors in Quartucci’s troupe, the moment for the project’s concrete realization, when the text was rehearsed for the first time with the actors – or we might say on the actors – and with set designer Emanuele Luzzati. The work took place in Prima Porta, at a makeshift camp built along the bend of the Tiber, where the actors involved in the Beckett Festival had moved to. Here Scabia was able to integrate his original idea and the characters his imagination had given birth to, by working closely with the actors. The text developed gradually: Scabia “acted” patiently on the character-masks, grasping their corporeality and continual reference to contemporary reality (especially politics), to link the dramaturgical writing as much as possible to the stage writing […] 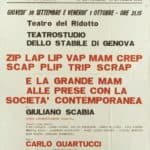 Teatrostudio poster for the 1965-66 season 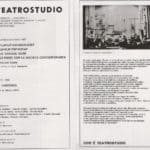 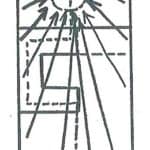 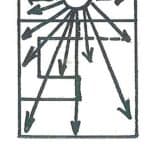 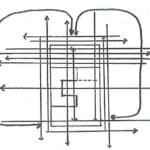 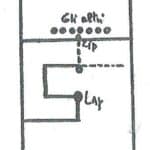 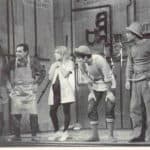 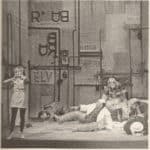 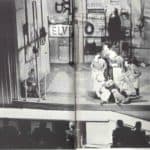 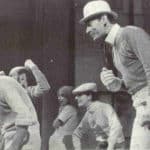 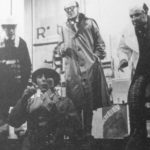 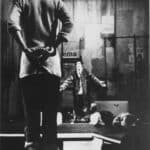 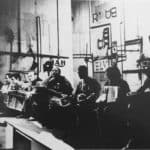 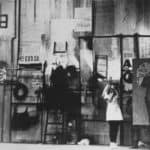