by Marco Palladini
1.1. I can no longer remember who, long ago, spoke about Carella’s Artaudian soma sauteed in a Roman sauce. Born in Puglia but adopted by the capital from the 1960s onwards, Carella’s erratic career was homaged by Magazzini Criminali in their Ritratto dell’attore da giovane (‘Portrait of the actor as a young man’, 1986) – the character of Simon Mago, played by Federico Tiezzi, was based on Carella himself. This goes to show just how influential Carella has been, both explicitly and implicitly, for an entire generation of Italian alternative theatrical culture from the 1970s onwards, a generation epitomised in the space Carella himself founded and dated in its name, the Rome basement theatre Beat 72. His influence was never patronising and never imperious; good at seeing things askew and at letting others take the initiative, his attitude was both noble and mobile. Simone was a pure artist: he was structurally irregular, intermittent and epiphanic, an infinite and and ever-surprising re-configuration of instincts and projects.

With his roots in the form of the happening and of the poetry-performance, his style was always to be both on-stage and off-stage: when he was inside the theatre, his instinct was to erupt, to blow up, to get out; when he was outside the theatre, he would always be returning in, via ever-more lateral doors. After Iperurania (1980), he left the stage for over five years; his version of Gunter Grass’ The Plebeians Rehearse the Uprising, (I plebei provano la rivolta, 1987) was a true re-debut, a new and unexpected beginning, with actors and dramaturgy. Same with Stalker (1988), which was motivated, amongst other things, by a case of empathic hybridisation with an actor called (Victor) Cavallo. But looking back onto earlier experiences, it’s clear that Carella’s experimental élan was always based on ripping it all up and starting again: in his La cavalcata sul lago di Costanza (1975), Carella burnt the margins of his directorial role to work towards a de-personalisation of the roles of the theatre; shortly thereafter, he performed his radical Theatre of Rebeginnings without actors, in the historically extremely significant and spectacular, crucial piece Autodiffamazione (1976). This was a shard of analytical-conceptual research on light and on the photogram: cold films of Steve Paxton’s contact dance were placed alongside the minimal lines of La Monte Young’s music, which gave way to the iconic and saintly image of Vladimir Mayakovsky. On stage, in a beam of light, an empty chair: the tragic (or stoic) marker of an absence which, at the same time, marked the birth of a concentrated semantic objectivism. From here onwards, Carella pursued a techno-cybernautic integrated theatre, with works such as Esempi di Lucidità (1978), before brilliantly veering off-course once again in 1979, with his curation of the Poets’ Festival on the beach in Castelporziano. Made with his accomplice Franco Cordelli-Pat Garrett, this was the most extraordinary act of generational genius encapsulated in an event which was both a para-theatrical festival and a literary-political challenge to the history of Italian culture: it was the last great anthropological outburst of the aftermath of the 77 Movement. 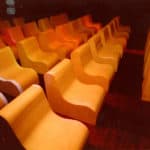 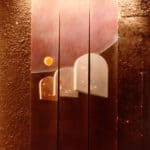 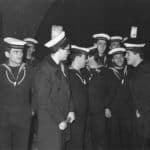 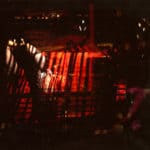 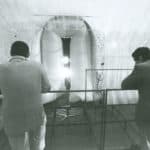 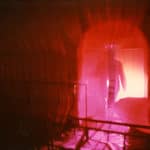 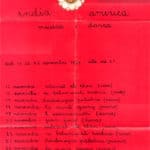 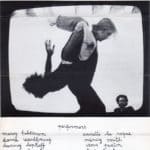